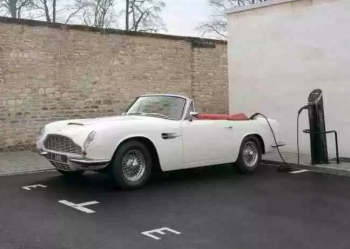 Aston Martin wants to take advantage of the growing interest in classic cars and combine it with their electrification effort to offer electric conversions of classic cars.

The British automaker says that it developed its electric conversion kit, a so-called “cassette” EV powertrain, through the development work for the upcoming Rapide E.

They wrote in a press release: “Using knowledge acquired by Aston Martin during the final phase development of the Rapide E and future planning of the all-new range of Lagondas, the Aston Martin Works’ Heritage EV conversion employs state-of-the-art thinking and technology. Production versions of the revolutionary EV cassette will include key components from the Rapide E programme.”

The vehicle, which they are now calling “the Heritage EV concept”, would have been originally hand-crafted at Newport Pagnell.