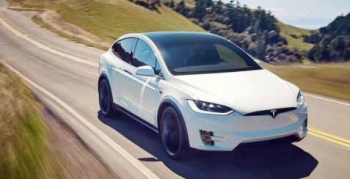 Chrysler and Tesla aren't known for having much in common. Tesla builds nothing but pure electric cars, with no tailpipes. Chrysler was the first among American car companies to abandon its car lineup and focus on building big, heavy, thirsty SUVs and pickups.

That has put Fiat Chrysler in a bind with emissions regulators around the world, where it faces fines for missing emissions targets—especially of fuel-economy-dependent carbon dioxide, the primary global warming gas.

It also, however, gives the company a symbiotic relationship with Tesla, which often pads its balance sheet by selling emissions credits to other automakers that need them—often including Chrysler.

A new report in the Financial Times on Saturday shows that the two automakers reached an agreement, worth hundreds of millions of dollars to Tesla, to pool their fleets in Europe, which will help FCA to avoid emissions fines from the European Union.