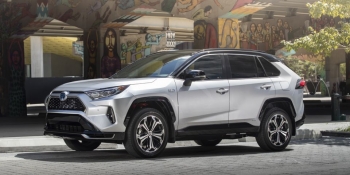 The only thing wrong with Toyota’s new plug-in RAV4 Prime is that, well, you can’t buy one. At least, not if you’re in Ontario, Manitoba, Saskatchewan, Alberta, or the Maritimes. Wave all the cash around you want. Call your “friend” at the Toyota dealership. Hell, call the president of Toyota. You ain’t getting a RAV4 Prime this year, and maybe not next year, either.

The problem is two-fold. One, the batteries powering the Prime would seem to be in short supply, Toyota Japan — unlike the basic gas RAV4 and the regular hybrid version which are built here in Canada, the Prime is only being built in its motherland — is slowly ramping up for what’s a new technology, at least for Toyota.

Read the whole story at driving.ca