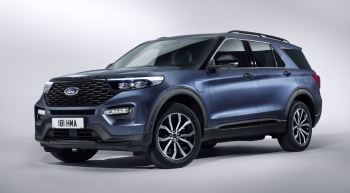 As most legacy automakers move forward with electric, autonomous, and shared vehicles, we will continue to see partnerships and new programs popping up. Take GM for example, as it bought out Cruise Automation, fired up Maven, and joined forces with Waymo.

A recent press release verifies that Ford has made a serious investment into solid-state batteries. While this future battery technology may not come to be for some time, it seems that getting a foot in the door now is paramount.

Though it continues to appear as though established OEMs couldn’t care less about the EV revolution, that’s likely not the case. While EV advocates see it as a push against electric car adoption, it’s important to realize that legacy automakers still have very little, if anything, to gain from pushing EVs. The truth here is that the masses don’t want them, they’re too expensive, charging infrastructure is lacking in most locations, and, most likely, automakers will lose money selling them. Folks, we’re just not there yet. In fact, we’re not even close to getting there, at least on our shores.