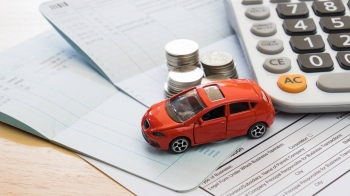 Come together, right now, for EVs. Getting the various manufacturers of electric vehicles to agree on something has, in the past, been challenging.

A single high-speed charging standard springs to mind. Now, though, it seems there has been a joining of hands on the issue of the federal tax credit. Tesla, GM, Nissan, and a number of other companies and organizations have come together to form the EV Drive Coalitionin an effort to reform the electric vehicle tax credit program.

Started when President George W. Bush signed the Energy Improvement and Extension Act of 2008 into law (as part of the more sweeping Emergency Economic Stabilization Act of 2008), the legislation currently gives electric vehicle buyers a tax credit of $7,500. After a manufacturer sells 200,000 vehicles eligible for the program, a phase-out stage reduces the credit amount by half, and then half again, before finally ending altogether.

Tesla has now reached that 200,000-vehicle threshold, and GM is quickly approaching it. To help electric vehicle uptake keep (and hopefully improve) its momentum, the program needs some changes. This is, as you probably have imagined, where the EV Drive Coalition comes in.

According to a press release (below, in full) issued today by the new group, it wants to build on the success of the program by removing the 200,000-vehicle cap. We, of course, wish them good luck with their mission. And while we wonder just what kind of reception the effort will receive from the current Congress, we know there are at least some elected officials they should be able to get on their side.