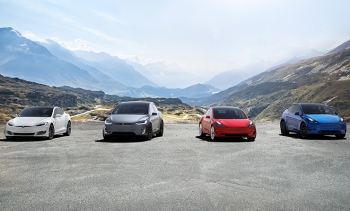 Already riding high after reporting a profitable quarter and beginning deliveries from the Chinese Gigafactory, Tesla has delivered another body blow to the fossil auto industry. In Q4 2019, Tesla delivered 112,000 cars, exceeding expectations and blowing through the previous delivery record of 97,000 cars, which was set in Q3.

We may never know to what extent this feat is attributable to Elon Musk and his mother Maye personally helping out on the factory floor, but images of volunteers from the local Tesla Owners club pitching in to help meet the year-end deadline sent a powerful message to those who still believe that legacy automakers will ever be able to compete with Tesla’s brand loyalty.

“In the fourth quarter, we achieved record production of almost 105,000 vehicles and record deliveries of approximately 112,000 vehicles. In 2019, we delivered approximately 367,500 vehicles, 50% more than the previous year and in line with our full year guidance,” said Tesla in a press release.