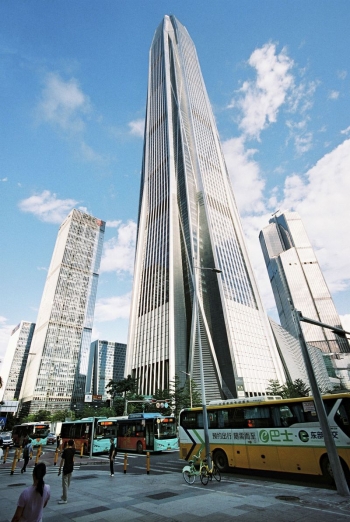 The First Quieter Megacity, Thanks to Electric Vehicles

On a recent afternoon at a bus stop in the business district of Nanshan in Shenzhen, China, the air was filled with the sound of chirping birds in a nearby park. The street was quiet, with the exception of the occasional diesel truck chugging past—holdouts against a future that glided in with barely a sound: an electric bus.

A woman who’d been browsing on her smartphone while she waited hadn’t noticed the bus creeping up to the stop. Not until the doors opened with a beep, beep, beep and a man barking boisterously into his phone stepped out did she spring into action and hop aboard. Passengers scanned in with their smartphones, paying through WeChat, the app developed by Tencent Holdings Ltd., the Chinese social media giant whose flashy 50-story headquarters could be seen from the bus stop.

Every megacity can trace its history in increments of rising decibels. For most of them, the turning point was the Industrial Revolution. But in Shenzhen—now packed with more than 20 million people and hundreds of factories turning out high-tech hardware—the quiet age is only four decades in the past. Back then, China’s answer to Silicon Valley was still a collection of calm fishing villages just across the river from bustling Hong Kong.