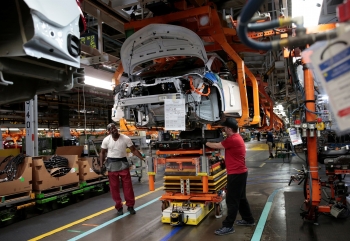 Trump's threats to pull electric car subsidies could kill U.S. jobs and give China an edge

Trump’s actions could allow Asian and European carmakers to take pole position in a fast-moving market.

President Donald Trump’s threat to eliminate tax credits for all electric vehicles could create potential chaos for an auto industry that is just ramping up its roll-out of battery-based vehicles that are sleek, efficient, family friendly — and growing in popularity.

But the EV market could come unplugged if the Trump administration follows through on threats to cancel the tax credits upon which many buyers have counted.