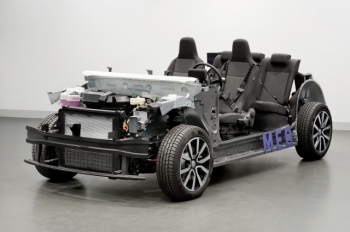 VW says it is now developing its last generation of gas, diesel engines

Our readers speculate a lot on this site about how long it will be until gas and diesel engines fade out, and the transition to electric cars is complete.

Volkswagen may just have given an answer to that question in a conference at the automaker's headquarters in Wolfsburg, Germany, on Tuesday.

The brand's strategy chief, Michael Jost, said the last generation of Volkswagen cars to use combustion engines is now under development and will be introduced in 2026. Beyond that date, new models from Volkswagen will be based on one of its several upcoming electric-car platforms.

"In the year 2026 will be the last product start on a combustion engine platform,” Jost said at the Handelsblatt automotive summit conference, as reported by Reuters.

That's not to say 2026 marks the last year VW will build a gas car. Like most automakers, the company generally tries to get about 10 years out of new platforms, with major and minor updates along the way.  But they won't get new gas-engine designs.