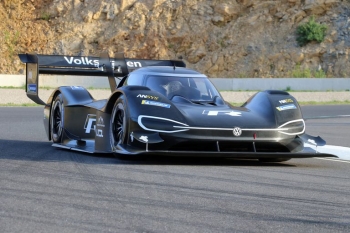 This summer, the Pikes Peak record-setting I.D. R will try to reach a higher average speed around the Nürburgring than the current EV champion NIO EP9's 115 mph.

While hiding completely different powertrains, there are a number of key similarities between Porsche's unlimited LMP1 car, the 919 Evo, and Volkswagen Motorsport's Pikes Peak-winning EV, the I.D. R.

Porsche's now retired racing car is the evolution of a multiple Le Mans-winning hybrid LMP1 prototype. It currently holds the Nürburgring lap record with a time of 5:19.55, set by Timo Bernhard, who drove around the Nordschleife at an average speed of 145.6 miles per hour.