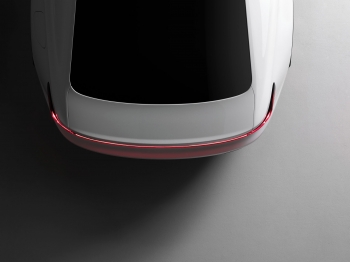 Polestar, Volvo’s performance brand which has been relaunched as an electric brand, released the first image of its upcoming all-electric Polestar 2 sedan, which it describes as a Tesla Model 3 competitor.

When Volvo rebranded Polestar two years ago, it was off to a somewhat awkward but interesting start as it unveiled its first vehicle, the Polestar 1.

The car turned out to be a highly expensive plug-in hybrid, which quickly sounded outdated when the automaker announced that they would bring an all-electric “Tesla Model 3 competitor” to production a year later.

Polestar mentioned Tesla’s Model 3 by name in its press release, which is rare in the auto industry. They made it clear that they wanted to go after the vehicle, but it became confusing as we learned more about the car and it didn’t sound much like a Model 3 competitor.