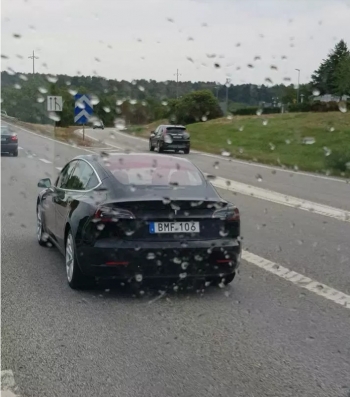 Volvo brings a Tesla Model 3 to Sweden, presumably to benchmark and reverse-engineer

The Tesla Model 3 is having a major impact on the automotive market. Some established automakers are taking it very seriously and getting their hands on the vehicle for benchmarking and reverse-engineering.

Volvo is apparently adding itself to the list as it was spotted with a Model 3 in Sweden.

It’s somewhat common in the industry to purchase vehicles from competitor to see what they are up to, but it also becomes a necessity for vehicles that are seen as important disrupters.

The Model 3 appears to fit the description as it apparently outsold all other premium sedans combined in the US last month.

During the early production ramp up, it was difficult to get your hands on a Model 3, but some automakers paid a pretty penny to be amongst the first to be able to check out the new electric car.

In January, two Model 3 vehicles were spotted on their way to Germany – presumably to be reverse-engineered.