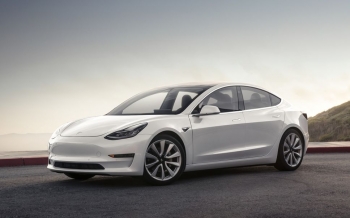 Why Tesla's $US 35,000 Model 3 remains an endangered species

The cheapest version of the Model 3 has become part marketing ploy, part afterthought for Tesla.

Tesla wants to fulfill CEO Elon Musk's long-running promise of a $35,000 car, which he first promised in 2013. It will deliver the first $35,000 version of its Model 3 this weekend. But Tesla doesn't intend to sell many of that version.

Six times as many buyers are willing to upgrade their Model 3s than buy the base version, Tesla says. If customers pay $4,500 more than the lowest sticker price, they'll get autopilot features, a slightly longer range on a single charge, as well as some creature comforts, like seat warmers.

Tesla announced Thursday that it would no longer sell the $35,000 version online. Every other Tesla can be purchased that way. Customers who want a Tesla at rock bottom price will have to order it by phone or go into a service center or one of its shrinking number of stores.